A poem by Derek Walcott
With an analysis by Sharadhi S.N 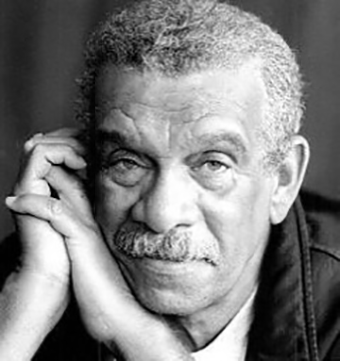 The time will come
when, with elation
you will greet yourself arriving
at your own door, in your own mirror
and each will smile at the other’s welcome,

all your life, whom you ignored
for another, who knows you by heart.
Take down the love letters from the bookshelf,

the photographs, the desperate notes,
peel your own image from the mirror.
Sit. Feast on your life.

Derek Walcott was a Saint Lucian poet and a playwright. He received the Nobel prize for literature in 1992. Walcott is best known for his poetry, beginning with In a Green Night:Poems. Walcott’s best known poem is “Dream on Monkey Mountain”.

Derek Walcott’s four stanza poem. Love after love tells us how to love ourselves after the end of a relationship. That is presented in the form of a person offering advice to someone who is distressed. Distress comes from a bad relationship that either has ended or should have ended. However, the person is still suffering from the sadness of such experience.

The author speaks directly to the reader, repeatedly using the words you, your or yourself. Walcott recognizes that, following a breakup love of oneself will not come immediately, but the time will come. He emphasizes the joy involved, as he says that it will be with elation that you will greet yourself at your door. The first stanza ends with the idea that you will smile at yourself.

The second stanza opens with the image of considering yourself as a guest that you invite to sit down and eat. Walcott stresses that you will love again the stranger that was yourself, he conveys the idea that you used to love yourself before getting involved in a relationship. However, the person you were then seems like a stranger now. The instruction is to give back your heart to yourself, as though you are worthy of your love now. The second stanza ends with the repetition of the idea that you are a stranger to yourself after so many years of loving someone else.

The third stanza continues the idea that you have always loved yourself. Yet you dont recognize this fact; you ignored yourself by loving someone else. Walcott uses the phrase who knows you by heart, to show how well you know yourself.

The poem ends with the idea that you sit down and feast on your life .You look at your own life and appreciate the person that you are.

Love after love is an unusual poem which concentrate on loving the self, the inner self ,not following the break down of a relationship. Its main theme is about becoming whole again through self-recognition, a kind of healing that works by self-conscious invitation.

The poem focuses on a single, singular event : a visit from the stranger who was yourself. The poem is about rediscovering who you are, it is about self love, reuniting with yourself.

The structural design of the stanza is very free, where even the basic rules of grammar are not followed. The lack of structure says something about the meaning of the poem .The idea of freeing one’s mind and soul is expressed in such sentences which do not follow the regulations of grammar.

Love after love shows up a way of being positive following the end of a relationship, rather than dwelling on the person who is no longer part of your life. It demonstrates a positive outlook towards life. When a person is able to connect with himself more closely than he did before, he is able to appreciate his being and can love himself. The idea behind the poem is to seek love in oneself than looking for it in others.

The poet tries to relate self-realization as the path towards happiness. The central idea of the poem revolves around a person/reader who has disliked himself for a long period of time. The poet has inspired him through his words to accept himself as he is and stop wanting to be like someone else.